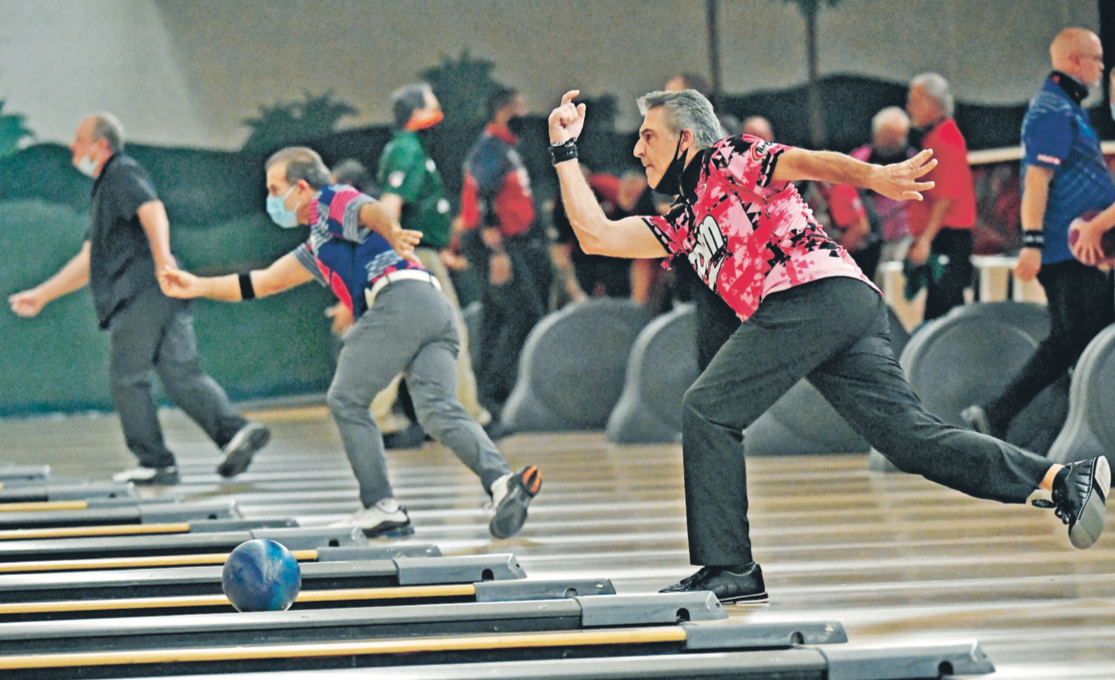 Gary Alstott, of Washington, Ill., rolls his ball down the lane during the third day of this year’s Florida Blue Medicare PBA50 National Championship at Spanish Springs Lanes. 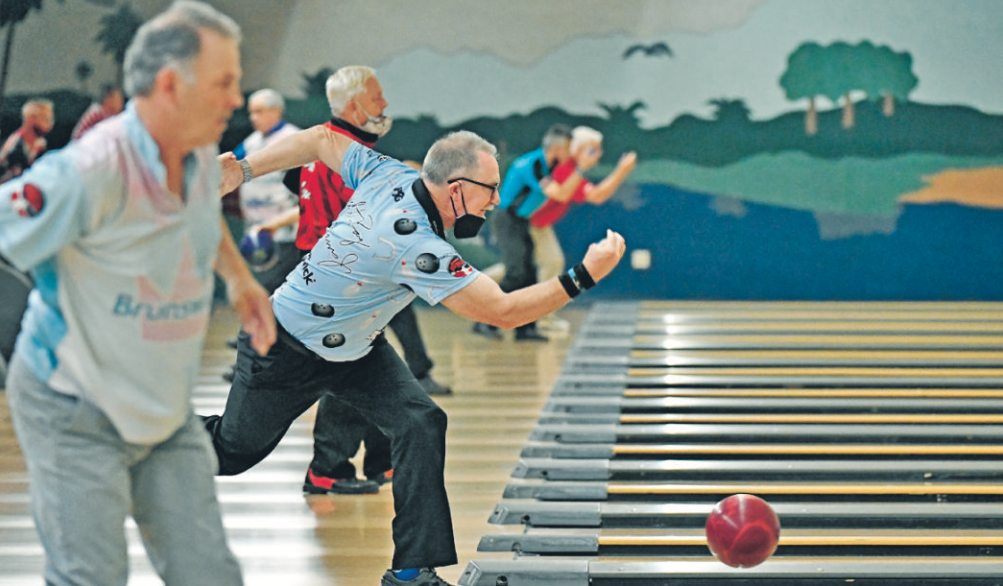 John Weber knows he can’t play favorites. The director of the PBA50 Tour — featuring the world’s top senior bowlers — can’t let on if one tour stop is preferred over another. But when it comes to describing The Villages, the host site of the tour’s premier event, the PBA50 National Championship, each of the last three years, Weber doesn’t hesitate to heap praise on the bowling community. “The Villages is absolutely one of the top venues in the country,” Weber said. “It’s the people (in The Villages) that make it so special. The knowledge of the fans shows throughout the entire week and their enthusiasm is as good as it gets.”

This past April, the PBA50 National Championship made its way to Spanish Springs Lanes for the third consecutive time.

The hosting of the senior bowling circuit’s major event comes after the community held nine straight Sun Bowl outings on the PBA50 Tour, as well as a televised PBA Tour event outdoors on Spanish Springs Town Square two decades ago.

“Just thinking about bowling and winning here, the big crowds cheering here … I get the chills,” 2018 PBA50 national champion Lennie Boresch Jr., of Kenosha, Wisconsin, said of The Villages. “I love coming here and it’s almost become a second home for me because of the people — some of those same people year after year cheering for me here. It’s tough to beat it here.”

After the 2020 edition was canceled due to the COVID-19 pandemic, the PBA50 National Championship returned to The Villages from April 25-29.

A full field of 192 participants competed in three days of qualifying action, before the top 32 scorers advanced to match play. From there, the star-studded field dwindled down to five, where PBA Hall of Fame inductee Pete Weber scored a 255-234 finale victory over Boresch.

“I am feeling great,” Weber said after his championship win. “The fans are fantastic here, and Larry and Sue Ducat have been nothing but gracious to us every time we have been here.

“Coming to The Villages and Spanish Springs Lanes is an honor.”

Larry Ducat, the proprietor of both Spanish Springs Lanes and Fiesta Bowl, has already announced the 2022 PBA50 National Championship will be held in The Villages again in April.

“I get emotional when I think about all the support we have here,” Ducat said. “We do it because we love the game and it’s incredible to me how the fans get behind our tournaments like this. To have them come out here and show the enthusiasm that they do, it means everything to us.”

The event is set to once again be made possible thanks to roughly two dozen local volunteers, who serve in various roles such as scorekeepers and lane monitors throughout the five-day event.

“It’s been true every tournament we’ve ever had that without volunteers, it doesn’t run nearly as smoothly as it needs to,” Ducat said. “We’d never have enough of our own personnel to cover all the jobs needed for an event like this. So I can’t say enough how much we appreciate them and all they do.”

Villages bowling still on a roll

Larry Ducat doesn’t have any secrets.

From striking pins to striking up pals, social leagues are the heart of the bowling community in The Villages. With thousands of residents par…

Partly to mostly cloudy. A stray shower or thunderstorm is possible. Low 76F. Winds SW at 5 to 10 mph.

Thunderstorms likely in the morning. Then a chance of scattered thunderstorms in the afternoon. High 86F. Winds SW at 5 to 10 mph. Chance of rain 70%.