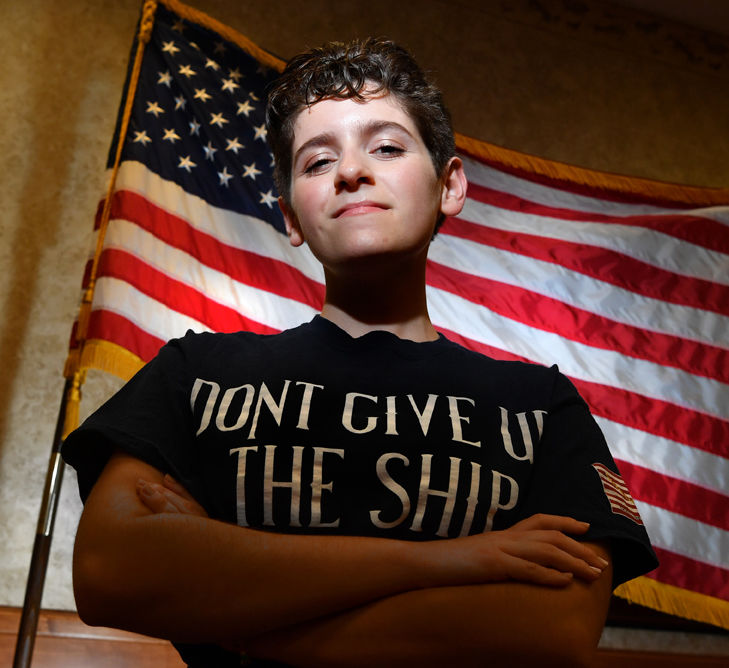 Chiara "Kat" Rappa, a senior at The Villages High School, has been accepted to the U.S. Naval Academy in Annapolis, MD. 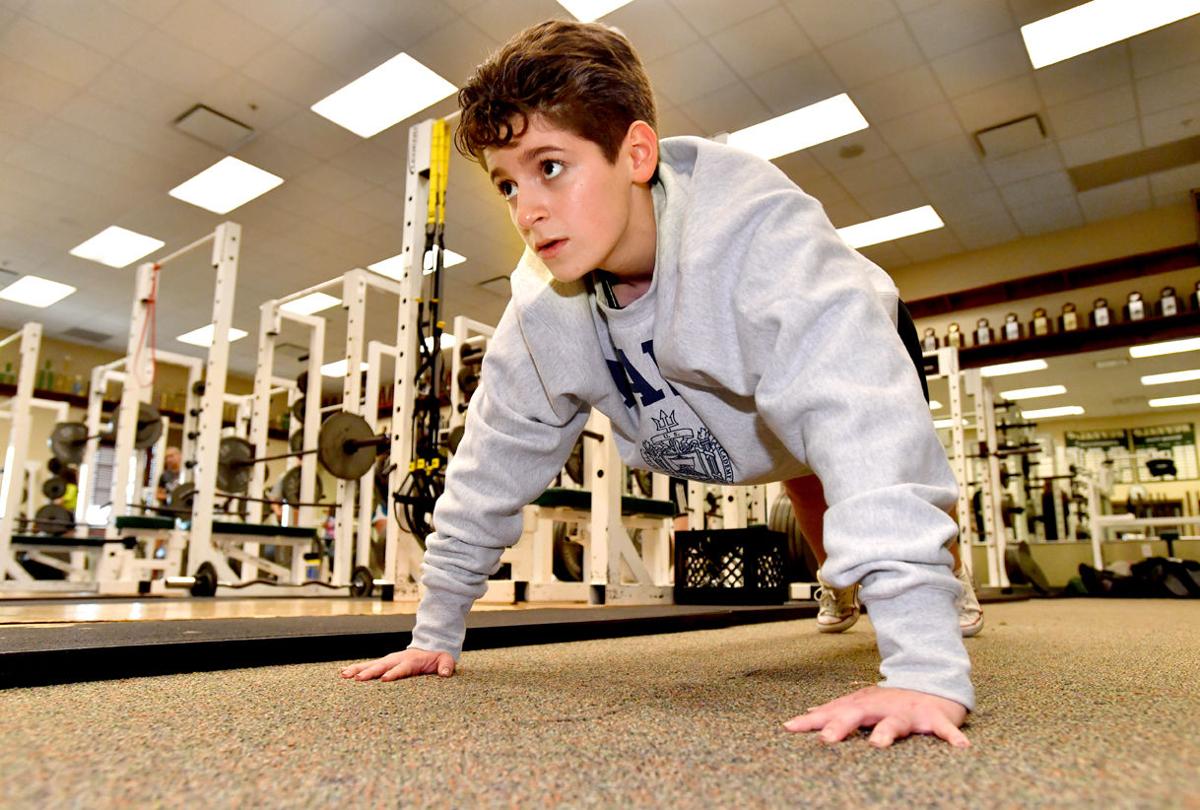 Chiara "Kat" Rappa, a senior at The Villages High School, works out in the weight room at the high school. Rappa has been accepted to the U.S. Naval Academy in Annapolis, MD.

Chiara "Kat" Rappa, a senior at The Villages High School, has been accepted to the U.S. Naval Academy in Annapolis, MD.

Chiara "Kat" Rappa, a senior at The Villages High School, works out in the weight room at the high school. Rappa has been accepted to the U.S. Naval Academy in Annapolis, MD.

Villages High School senior Chiara “Kat” Rappa has her appointment to the U.S. Naval Academy, realizing a dream she has been working toward since middle school. “It started when I was very young, about fifth grade,” she said. “I thought the military was so cool. You could tour the word and serve my country.”

She said she was interested in the military before her family moved to this area when she was 10, and the respect for veterans from The Villages community only made her more excited about a military career and attending an academy.

“She has dedicated just about all her time,” said her mother, Victoria Nolan, of Summerfield. “She’s had a goal she set for herself and she’s been on a mission.”

Part of that mission has been more than just good grades — a 4.67 weighted grade-point average and 4.0 unweighted GPA — and a broad spectrum of extracurricular activities and community service.

Rappa, 18, and her stepfather, Robert Nolan, who raised her since she was 4, get up at 4:30 a.m. to run before school every morning for the past year to prepare her for the physical fitness requirements for admission.

“He has her doing sit-ups and push-ups,” Victoria said. “They have a whole routine. He enjoys doing things with her.”

The competition is intense. Out of 15,000 students who apply every year, the Naval Academy accepts 1,600, Victoria said.

Rappa has done volunteer work with Operation Shoebox, which packs and sends care packages to U.S. troops stationed around the world, since she was 10.

“She’s a dynamo,” said Operation Shoebox Director Camille Gieck said about Rappa. “I’m so happy for her. This is what she wanted. We’re proud of her.”

In high school, Rappa was on the varsity swim team all four years and served as team captain this year; is in the Chamber Singers and co-president of the choir program; has been president of the Teen Age Republican Club, which she founded as a sophomore; is a three-year member of the Student Activity Committee; is in the National Honor Society, History Honor Society and Science Honors Society, for which she is public relations representative; and has been in the school’s musical theater program for three years.

“They’re looking into the whole person,” Rappa said. “It isn’t just your grades or your athletics. I knew I had to get involved in my community as much as possible to even think about this becoming a reality.”

Rappa interviewed with panels for U.S. Sens. Rick Scott and Marco Rubio as well as U.S. Rep. Daniel Webster, from whom she got the official appointment as his first choice of students for the Naval Academy.

“Chiara’s composure, leadership skills and academic excellence greatly impressed my Service Academy Nomination Board members during her interview,” Webster said. “I was pleased to nominate and was thrilled to hear her admission was granted.”

Webster thanked Rappa’s parents, school leaders and teachers for their investment in preparing her for this achievement.

“The willingness of the American people to serve others is among our nation’s greatest resource. It is a joy and honor to support young men and women like Chiara in their desire to serve our country and their fellow citizens,” he said.

Rappa’s stepdad was the one who suggested she look at the military academies. After a great deal of research she decided she wanted to go to the Naval Academy.

She attended the academy’s STEM Camp in the summer of 2018 and its Summer Seminar last year, cementing her belief that the academy would be the right place for her, Rappa said.

She also had backup plans, her mother said, including the ROTC programs at Embry-Riddle Aeronautical University, Georgia Tech and Florida Institute of Technology.

“That’s why we have school on Veterans Day, to celebrate our veterans,” Grant said.

A census report in 2018 showed Sumter had the second-highest concentration of veterans in the U.S. among communities that do not have a military base nearby.